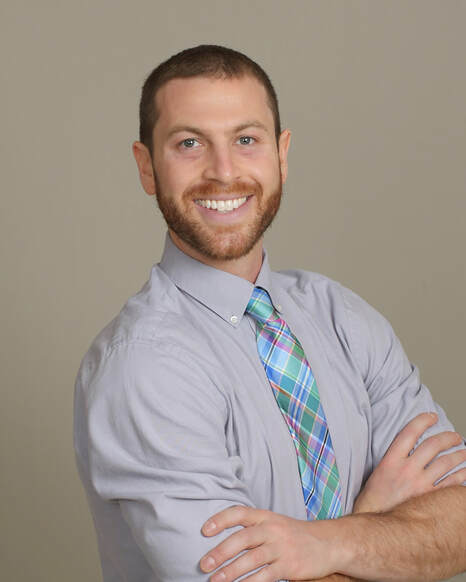 Dr. Zak Goodman started playing ice hockey when he was two years old, martial arts when he was four, and sports like lacrosse, golf, tennis, and soccer throughout his teens and twenties. While studying at Salisbury University, he decided that he wanted to turn physical activity from a hobby into an actual job. Dr. Zak believes if you do what you love, you won’t work a day in your life. So exercise and health became a focal point of his life, leading him to graduate with a Bachelor’s degree in Exercise Science in 2009. After graduation, Dr. Zak trained athletes, children, geriatrics, special populations, and adults as a Certified Strengthening and Conditioning Specialist. Simultaneously, he served as a Physical Therapist Aide, allowing him to offer rehabilitative care to patients and gain experience with all types of individuals.

After working in health and wellness for several years, Dr. Zak decided to widen his scope by becoming a Doctor of Chiropractic. However, in an unfortunate turn of events, he was involved in two car accidents within the first year of school that altered his path. Throughout school, Dr. Zak’s health declined significantly; he had pain that progressed from physical to neurological, eventually manifesting as impaired cognitive function and numbness in all of his limbs. His vision became blurred, his ears rang, and smell hallucinations were a regular occurrence. Dr. Zak felt as if a rug was ripped from under his feet, and he could no longer enjoy the activities he had participated in his entire life.

This experience drove Dr. Zak to seek answers about his health that no other physician could find. He went to numerous doctors for answers with very few solutions, but what he did find was various, differing approaches that he has now integrated into his own practice. Dr. Zak realized that no single person is alike and each individual needs to be treated differently. His personal source of relief was an adjustment of the atlas, the topmost bone in the spine, which triggered a monumental shift in his health and well-being. With proper chiropractic care and exercise, Dr. Zak’s health improved to where he is active again. As Dr. Zak has sought his own answers in healthcare, he’s here to help find yours as well.